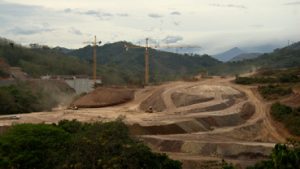 On Monday, May 5, 2014, local groups in Panama filed a complaint against the FMO’s investment in the Barro Blanco hydropower project with the Independent Complaints Mechanism (ICM), the recently established independent grievance mechanism of the FMO. The Barro Blanco dam (28,84 MW) is under construction on the Tabasará River in the Province of Chiriquí in western Panama. A part of the project (6.7 hectares) is located in Ngöbe-Buglé comarca (traditional indigenous territory), created by law in 1997.

Once completed, the dam is projected to flood homes, schools, and religious, archaeological, and cultural sites in the comarca.  The dam will convert the Tabasará River from a running river to a stagnant lake ecosystem, resulting in significant changes to the Ngöbe’s diet and landscape. The project will require that a part of the indigenous Ngöbe communities currently living on the shores of the river are removed from their land, to which they have strong cultural ties.

Failure to obtain free prior and informed consent

The complaint cites as the main concern the FMO’s failure to ensure that free prior and informed consent (FPIC) was obtained for the project. The complaint was filed by the Movimiento 10 de Abril (M-10), which was established in 1999 by the Ngöbe and farmers to promote the protection of the environment and to ensure their rights would be respected, mainly in the view of dam and mining development in the comarca. The movement represents the people directly affected by the Barro Blanco dam. 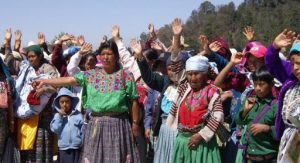 The M-10 asserts that the FMO ignored its own policies before investing US$25 million in project developer GENISA in 2011. The FMO signed a contract with GENISA, even though they were aware of the M-10’s criticism that the affected communities were not adequately consulted as part of the environmental and social impact assessment (EIA) and that FPIC had not been obtained for this project. A domestic lawsuit, which is still pending, was already filed in the Panamanian court challenging the approval of Barro Blanco’s EIA in 2011, before FMO approving the loan.

FMO should have ensured that the project respected the rights of the Ngöbe, in particular their right to FPIC.  FPIC is protected under the UN Declaration on the Rights of Indigenous Peoples, which Panama voted in favor of at the UN General Assembly, and the American Convention on Human Rights, which Panama ratified in 1978.

“During the assessment phase of this project by GENISA, our population was not considered. We are not mentioned in the Environmental Impact Assessment of the Barro Blanco project. The UN Special Rapporteur on the Rights of Indigenous Peoples, James Anaya, who visited us in 2013, and UNDP reports confirm that consultation was inadequate. ” said Weni Bagama, member of the M-10. Bahama and her family live in the village of Kiad, which will be severely affected by the dam.

Request for an independent investigation

Both ENDS and SOMO support the M-10’s request that the ICM investigate the project and recommend a full withdrawal of FMO funds. Moreover, the complainants ask for FMO to use its leverage to ensure that the filling of the reservoir is postponed until the investigation is concluded. 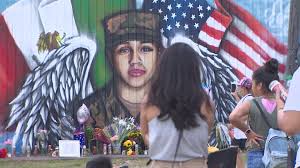 “The FMO promotes its commitment to environmental and socially responsible finance and issues sustainability bonds with a direct reference to its environmental, social, and corporate governance (ESG) standards,” said Anouk Franck, a senior policy advisor at Both Ends. “But implementation of these standards falls short, as the Barro Blanco project shows and the rights of communities are being violated as a result. A financial institution that takes its own human rights policy and international human rights standards seriously, should not be involved in a project like this.”

The construction of the dam is nearing completion and the process of forced eviction has begun. The first signal by Panama’s National Public Services Authority (ASAP) that GENISA would be allowed onto their lands, in February 2014, was later annulled. The affected communities, however, remain fearful that the eviction could happen at any time. This is why they created an encampment along the banks of the Tabasará River at the border of the Ngöbe-Buglé comarca and they plan to stay there as long as necessary to prevent machinery from entering their land.

“FMO’s continued financing of the Barro Blanco dam as GENISA moves forward with this construction of the dam and attendant impacts to the Ngöbe constitutes a violation of Ngöbe rights, and an inappropriate use of the funds from an institution that is majority-owned by the Government of the Netherlands,” said Kris Genovese, a senior researcher at SOMO. “FMO should reevaluate its investment and pull out. We hope that the investigation by the ICM will help FMO come to that conclusion.”

For information on the factual background of the project and an analysis of the policies and procedures that FMO has breached through its financing of the Barro Blanco dam project, please click here.